More than 30 years the exhaust air cleaning in the printing industry has cost money in the investments as well as in the running costs and has lowered the profits. And this in an environment, which became serious difficulties,particular in the web offset branch. The Manroland insolvency already was a temporary climax in a since years constantly shrinking market.

Today the printing presses in web offset as well as in packaging printing have a much higher performance. This is clearly shown in the growing consumption of inks and solvents Due the change from the original thermal afterburner with the recuperative preheating to the modern RTO plants with generators the exhaust air cleaning became more effective. 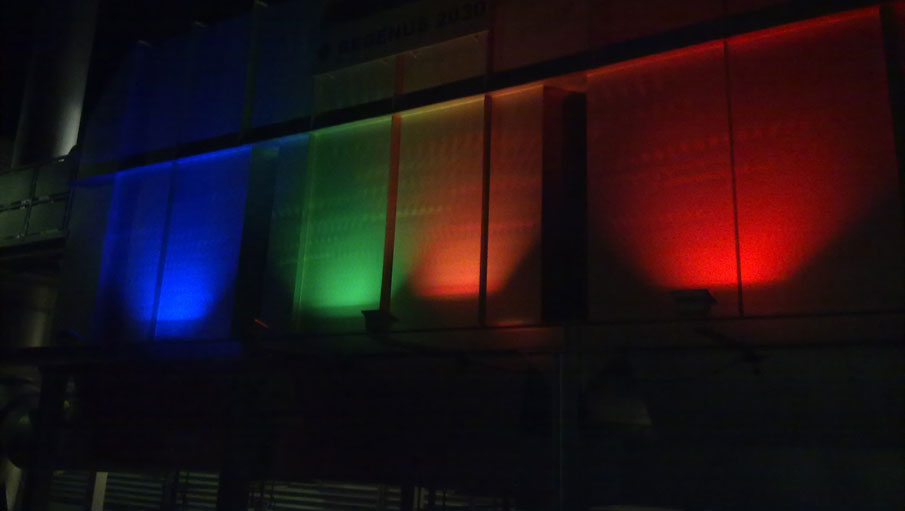 Today a modern RTO plant with ceramic honeycombs can be built much more economical with temperature transfer degrees of 97 %. This means, that such a unit with hydrocarbon concentrations of 1,5 till 2.5 Nm3/h, depending on heat value of the solvents, will run autothermal only with the heat of these solvents. When a modern printing press prints, these concentrations will be easy reached or even exceeded. Herewith not enough. The regular exceeding of the autothermal concentration creates a costless heat recovery.

To this a part of the spare heat will be stored in the ceramic bed, so that even in a stand-by period, like a job change, no supply of fuel is required, while the storage bed can keep up the regeneration temperature supplied by the spare heat. When it is possible to lead back this spare heat, caused by an over exceeded autothermal Concentration, as a process heating source for the printing presses, so the money making can already be started with the exhaust air cleaning system.

Amortisation periods of 7 years are corresponding with todays stand of the technics and REGENUS plants of RELOX have already proven this several times at German locations in Brandenburg, Felsberg and Kempten. If there is a chance to connect further users of energy like the heating of Halls, Storerooms, offices, destillation- and chilling units to the heat recovery of the RTO plants, the amortisation time can be reduced till 5 years. In comparison with the old thermal afterburners the amortisation of a modern RTO plant will only be maximum 2 years. Environment and economy, what these examples have shown, can be combined together and for the RTO constructor the costless heat supply to the printing shops, beside their own task, gains more and more priority.